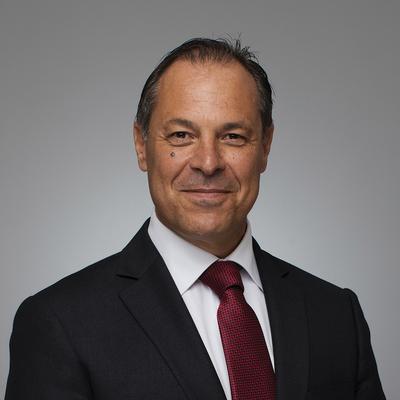 Mario Sanfrancesco has over 20 years of experience working in the Canberra real estate industry, and is recognised as one of Canberra’s top sales agents, having been involved in thousands of successful transactions throughout his career. In addition to being part of the team at Blackshaw Manuka, Mario has previously been a Principal of his own real estate business since the mid-1990s, and his professionalism, knowledge and leadership resulted in it being awarded Agency of the Year eight times.

He regards his philosophy of constant improvement as his driving force and the key to his success, as he seeks to constantly improve not only his own skills, but to give greater training and focus to his colleagues. He has been a mentor to a number of real estate agents and offices outside of Canberra, who have gone on to be very successful in their own right.

Travelling extensively, Mario has sought out the best real estate professionals both in Australia and overseas in his mission to source great advice and to share skills and knowledge. In doing so, Mario has developed close business relationships with many world class sales agents and mentors, including the renowned Bob Bohlen, who is recognised as one of the best real estate agents in the world and was ranked as America’s number one real estate agent.

Mario is also a highly skilled auctioneer, and his polished techniques and friendly open style consistently achieves great results for his clients at auction. His abilities in this area have landed him numerous awards, and he has been recognised as the Real Estate Institute’s ACT Auctioneer of the Year three times. Mario also enjoys putting his formidable skills to use for the good of society, running numerous charity auctions for The Starlight Foundation, The Canberra Cancerians, The Red Cross, South Care Helicopter and The RSPCA among others.

Mario loves helping his clients achieve their goals. He enjoys seeing people move into their first home just as much as he enjoys seeing clients get a great result from selling their home of 50 years.

For Sale7Sale7Sold18Sold18
7 properties for sale

I’ve always believed that to get a job done properly you need the right people. This has been proved right again with the sale of my sister’s house at 68 National

My experience of working with Mario and his team has been advantageous and positive for a second time. Mario's expert knowledge in the south Canberra market and his

A mature and talented agent who deservedly hold the mantle as the agent to go to in the inner South.
recommendation, Red Hill6 weeks ago

Mario was knowledgeable, professional and detailed in his explanation as to the sale procedure and expectations. His experience in the inner South area was a

Mario and Team Sanfrancesco absolutely blew us away with the result they achieved with the sale of our home. We had an amazing experience throughout the entire