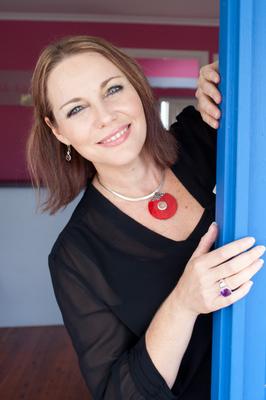 Mel grew up in a real estate household, her Dad had a long and successful career locally, so she remembers when now-established areas were new estates. After a childhood spent on the family's Boambee valley hobby farm, Mel finished high school and headed for Sydney, and a career in journalism and later TV Publicity.About six years down the track Mel returned to the Coffs Coast for a newspaper editor role, and in between having two daughters and magazine writing she worked at her father Ian Finn's agency, creating the marketing for properties. House stories were also her favourite features for her writing and editing roles at the glossy quarterly publication, Coast Living Magazine. Having returned to the Coffs Coast in 2009 after a sojourn living at Lennox Head and East Ballina, Mel was happy to be back in the same region as her strong extended family and she loves talking to both locals and out-of-town buyers about all this beautiful area has to offer.Having helped design one house, been a tenant, a landlord and having lived all over the Coffs Coast, Mel is now back on a coastal country property and loving it. She shares the small lifestyle acreage with husband Pete, two teenage girls, two border collies and two cats and she loves swapping her work shoes for gumboots and gardening gloves on a Sunday. Mel has been with Unrealestate Coffs Coast for nearly five years and relishes her role as a Licensed Real Estate agent.