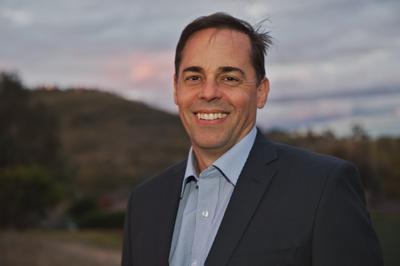 Paul's first big-ticket sale was at the age of 17 when he sold a computer while working at a Fyshwick technology retailer.
The transaction brought both him and his customer such pleasure it not only influenced his career path for the next 20 years, but confirmed his instincts that honesty and enthusiasm are integral to any successful transaction whether it's a piece of tech or a property.
Few who know him were surprised when Paul moved into real estate sales after two decades running two successful companies, firstly selling multimedia software, and then a special-effects retail business aiding companies that produced movies such as Lord of the Rings, King Kong and Happy Feet.
He'd long gained a reputation as a man whose sheer zeal and joy for life could soften and sway even the toughest and most-jaded customer.
The move into real estate was really a return to his roots. Paul's father - Paul Kuske Sr, had been a real estate agent in Colorado in the United States in the '60s and '70s at a time when the state's ski towns were experiencing rapid growth and development.
His family relocated to Canberra when Paul was seven and he has since lived in many suburbs, from Kingston to Kambah and Turner to Yarralumla.
The catalyst for creating Canberra Property Partners came after having an unnecessarily difficult property purchase owing to the selling agent's lack of help and service, something that Paul, who describes himself as "a helper by nature", could not fathom.
"I'm the guy that is outside helping the tradies when I'm paying them to do work on my house," Paul says. "When I say I care about a situation, it's not something abstract, I really care. That's been the secret to the successes I've had in my life."
Clients who now buy and sell their homes with Paul and his business partner Brett testify to the team's unique and empathetic approach. For Paul, it simply comes down to care and respect.
"I sit well outside the mould of the ritzy BMW-driving, money-hungry agent that people have come to expect of many in the profession. I'm not cut from the typical cloth of an agent," he says.
"I like to engage with people on a personal level so that I can understand and see transactions from all perspectives. You need to be willing to accept someone else's decisions no matter what they are. I can make recommendations, but ultimately it is my client who makes the choices.
"My job is to listen, make suggestions, and find a path to a healthy outcome."

For Rent2Rented3
2 properties for rent