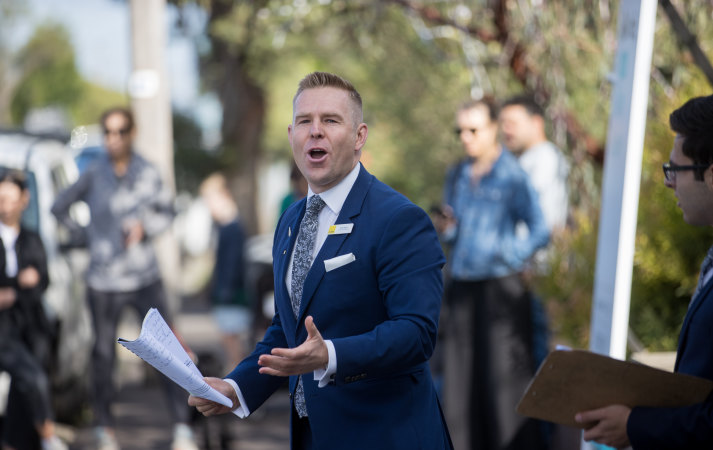 A cute-as-a-button two-bedroom unit in Brunswick West attracted seven bidders and a large crowd at auction on Saturday and sold for $736,000 despite the long weekend.

Five bidders attended in person and two online, mostly first-home hopefuls, pushing the price $106,000 above the reserve for 3/28 Smith Street.

It was one of 417 auctions scheduled in Melbourne on Saturday, a quiet long weekend. By evening, Domain Group recorded a preliminary clearance rate of 66.3 per cent from 306 reported results, while 39 auctions were withdrawn. Withdrawn auctions are counted as unsold properties when calculating the clearance rate.

A young first-home-buying couple won the keys, and had buyers advocate Cate Bakos bid on their behalf.

Ms Bakos opened the auction with a $600,000 bid, keeping the pressure on throughout the sale. She traded $1000 advances in price with the underbidder, before he dropped out.

Prior to COVID-19, Mr Schroeder said he would have expected investors to be competing at auctions like these, but fewer were coming forward as rents are still recovering in areas like Brunswick West after the height of the pandemic.

“There’s still a bit of a discrepancy between the prices and rents, but I’m sure that will start to come back [and even out],” Mr Schroeder said.

In Fitzroy, a two-bedroom terrace home sold for $1.525 million – $175,000 above reserve – after three bidders competed and the winners used a clever tactic.

Nelson Alexander Fitzroy director and auctioneer Arch Staver said the buyers of 112 George Street Fitzroy, also a young couple, employed the “use a boomer” strategy for buying, getting their parents to bid on their behalf.

“The millennials beat out two other Gen Xers,” Mr Staver joked. “So they used their dad to intimidate the competition.”

Closer to the city, a one-bedroom terrace at 7 Peckville Street, North Melbourne, sold for $881,000, with three bidders also competing for the property.

Jellis Craig Fitzroy partner and auctioneer Trevor Gange said a young family from East Gippsland looking for a city pad were the buyers.

They now plan to renovate and add a second bedroom.

“It was a good result because quite a lot of people were not around because of the long weekend,” Mr Gange said.

In Melbourne’s south-east, a three-bedroom home that had been an investment property at 14 Wentworth Avenue, Frankston South, sold under the hammer for $757,000.

“He’s planning to build two, side by side, four-bedroom townhouses on the land,” Ms Robinson said.

The home, which had a price guide of $640,000 to $700,000, was listed by its long-time owner, after new rental minimum standards were introduced by the Victorian government in 2020.

Not all houses sold under the hammer, with some buyers holding back at auctions and preferring to negotiate after.

In Windsor, a two-bedroom Victorian at 12A Eastbourne Street, which had been completely renovated, passed in on a vendor bid of $1.3 million.

It was expected to be listed for private sale for $1.45 million.

“People turned up and two buyers came and negotiated afterwards, but they were not at the level they needed to be,” Buxton Stonnington selling agent Harley Toyle said.

The property was a niche one, and would appeal to apartment buyers because of its size and layout, he said.

Barry Plant Essendon director and auctioneer Bill Karp said in the post-COVID market, many buyers were not turning up to auctions as they believed prices would go much higher than those advertised.

He said some buyers were being forced to stretch themselves for loans, which meant banks were approving a loan so long as it was subject to bank valuations.

That meant buyers, particularly first-home buyers, could not bid at auction and buy unconditionally, he said.

The Morning Edition newsletter is our guide to the day’s most important and interesting stories, analysis and insights. Sign up here. 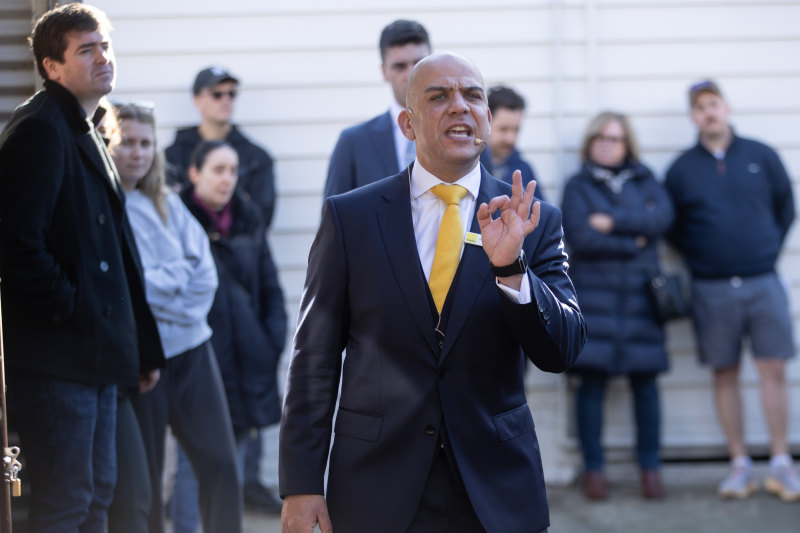