The result set a suburb record in Nicholls and is also a record for the broader Gungahlin region.

Poised above the 18th hole of the popular Gold Creek Golf Club and equipped with its own basketball court, gym and spa, the residence at 11 Hendry Close was oozing with entertainment options.

Selling agent Luke McAuliffe of Blackshaw Gungahlin said the eventual buyers were drawn to the outdoor entertainment deck and the spectacular views towards the Brindabellas.

The house unfolds over three levels including a spacious lounge and dining area with a ceiling-mounted projector and screen, and even a wine cellar.

“It’s definitely a standout home and brought in a lot of people during the auction campaign,” Mr McAuliffe said.

Bidding for the residence kicked off at $1.8 million and quickly made its way past the $2.4 million mark thanks to all eight of the registered bidders.

“Once bidding started, people were firing offers and countering each bid with something higher and then it came down to two bidders who fought to the very end with the keys eventually going to one lucky family,” Mr McAuliffe said.

“It’s a lifestyle home, a forever-type of home and the new buyers will be living in it for a very long time.”

According to Allhomes data, No. 11 Hendry Close was one of the top three most-viewed properties on the Allhomes website for the month of October.

During its three-week campaign, the house had more than 14,300 views on the Allhomes website and had an overall engagement number* of 383,579.

“The sellers were the original owners of the property and built it with their own family in mind more than 15 years ago,” Mr McAuliffe said.

“All their kids have left the nest, and so it was time for them to let this home go and offer it to a new family.”

Mr McAuliffe said the sellers wanted to take advantage of the strong buyer market after noticing the capital’s resilience to the pandemic.

“With less stock available, it definitely attracted a lot of buyers and coupled with the record-low interest rates available, buyers are more than ready to purchase and are bidding very strong at auction,” he said.

Gungahlin’s previous record was only set in October by 15 Quinane Avenue, Forde which sold for $2.15 million.

“This latest record is a huge sale for the suburb of Nicholls and the region of Gungahlin because it shows the demand for houses within this region,” he said. “It’s family-friendly and has a lot of improvements being made constantly.”

Elsewhere, a four-bedroom house in Curtin sold under the hammer on Saturday morning in a slow but steady bidding war between two parties, who eventually pushed the price to $1.035 million.

The house at 130 Carruthers Street sits on a 911-square-metre block and has RZ2 zoning, which allows the owner to redevelop the land for medium-density housing.

The auction was over in a matter of 15 minutes and five bids, with small increments the order of the day.

Bidding started at $1 million and was countered by a $10,000 increase. The opening bidder then increased the price by $5000 before the second bidder pushed the price to $1.02 million.

From here, bidding halted before the second bidder upped their own offer by $15,000. With no further offers, the hammer fell at $1.035 million.

“The eventual buyer had a final look at the property yesterday and I think that was the deciding factor for him,” said selling agent Anish Sebastian of Impact Properties.

Mr Sebastian said eight parties registered to bid for the home – a mix of families and developers wanting to redevelop the land. While the eventual buyer was himself a developer, Mr Sebastian wasn’t sure whether this would be their forever home or a project.

“We had a number of pre-auction offers throughout the auction campaign because it was RZ2-zoned,” Mr Sebastian added.

“The highest pre-auction offer was at $1.02 million and today, we sold it for $15,000 above that which is a great outcome for all involved.” 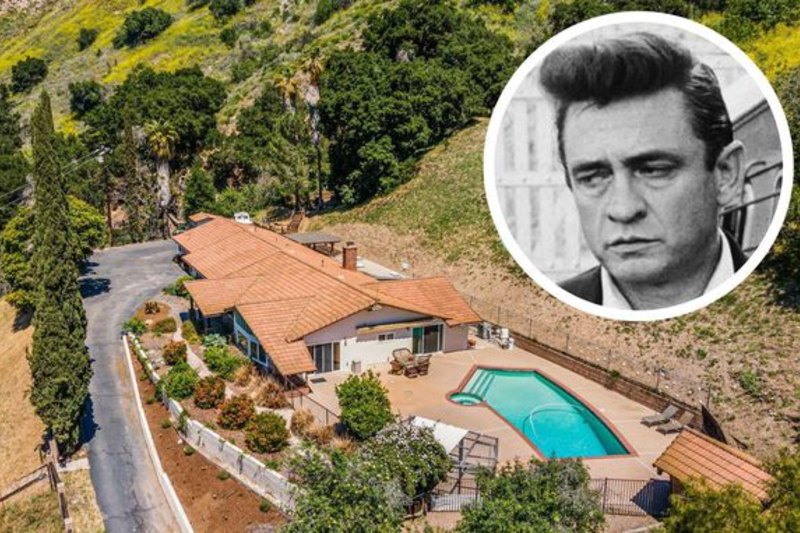 Johnny Cash’s former home in California for sale for $2.59 million