John Smith is a retired CSIRO scientist and has investigated IT technology applications for transport. This is the second half of a two-part interview. You can read part one here.

TT: It always seems that all the action with driverless cars in other countries or “Googleland”, is anything happening in Australia?

JS: Not really in earnest yet but there have been a few preliminary trials and in May, 2017, the national transport bodies (Austroads and the National Transport Commission) issued guidelines for conducting all future trials.

TT: Is the whole idea just a fad?

JS: Not at all, it’s like an oncoming train to mix my metaphors. In April, 2017 Google’s sister company Waymo announced the deployment of 500 minivans equipped with self-driving technology in Phoenix, Arizona. These will be the basis for the largest trial to date of driverless vehicles in a public transport application. In the May 2017 document, even the Australian national bodies stated that “automated vehicles are set to fundamentally change the way we look at transport and our society at large”.

TT: What do you think will happen in Canberra?

JS: Canberrans will be faced with a choice some time during the next decade whether they want urban passenger transport of the future to be based on a large public transport fleet of driverless vehicles or whether they want to retain unrestricted use of private cars in the urban environment.

TT: How would a fleet operate here?

JS: There would be about 35,000 electric vehicles for a population of 500,000. Vehicles would be dispatched on demand as taxis are today but, as with all public transport, ride sharing would be the norm in peak hours. The fleet would be substantially deployed at peak hours and subject to maintenance and cleaning during periods of low demand.

TT: What about cost and convenience?

JS: A Canberra scenario has been simulated by IT specialist Kent Fitch and his findings are available online. Ninety eight per cent of trips start within a minute of request and 99.9 per cent within three minutes. The average trip is 13.4 kilometres at a cost of $3.80. The operation is profitable.

TT: What about women riding with strangers and people in wheel chairs or otherwise requiring assistance?

JS: Selective ride sharing for any trip would be supported by the fleet control system at an appropriate fare scale. Similarly, a vehicle could be used privately for any trip. Some vehicles in the fleet would be manned in order to provide assistance where necessary.

TT: What are the advantages of the fleet system?

JS: The number of cars on the road at peak hour would be more than halved so that there would be free-flowing traffic into the future without any significant increase in road infrastructure. Trips from home to work would be direct and door-to-door. Travel time, emissions and road trauma would all be reduced. There would be no need for parking stations, with some attention having to be given to increasing set-down/pick-up points at high-intensity locations at urban centres and sporting venues. Many mobility disadvantaged people would have access to responsive public transport.

TT: What other changes would people notice?

JS: Movements of privately owned passenger vehicles would be restricted in the urban centres and there would be no parking available. Many households would not own a car, electing to use a rental vehicle for out of town trips and special requirements.

Tony Trobe is director of the local practice TT Architecture. Is there a planning or design issue in Canberra you’d like to discuss? Email tonytrobe@ttarchitecture.com.au. 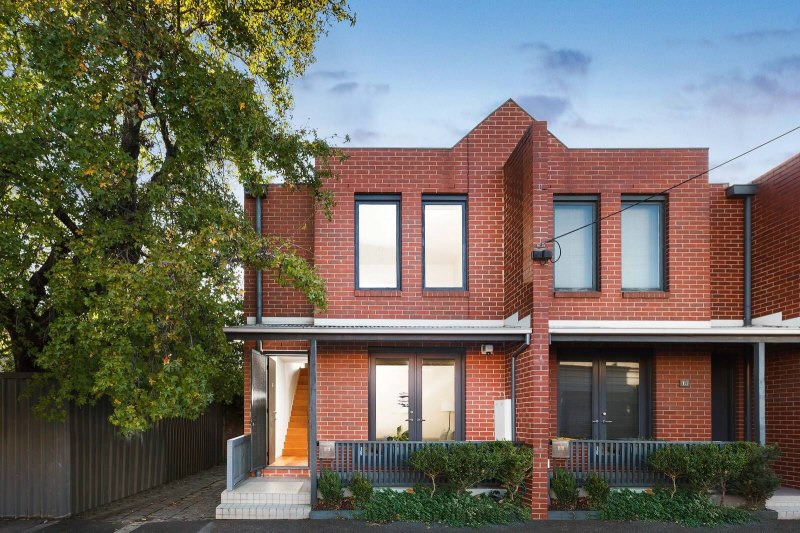 Mauled: Part of Box Hill centre knocked down to make way for towers

Changes in the warehouse sector as Goodman targets $100m in funds