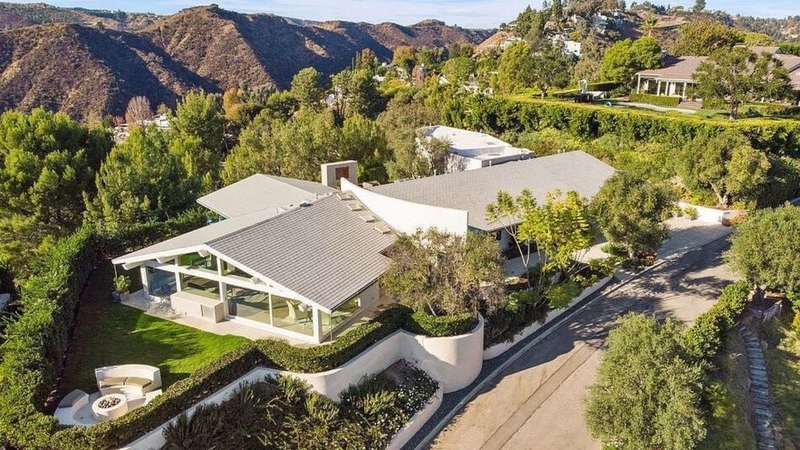 In classic taste indicative of the Grammy award winner, Tyler, a trailblazer in every sense of the word, hasn’t purchased a run-of-the-mill McMansion but rather something with taste and substance.

Constructed in 1965 and possessing oodles of old-world charm from a time when Hollywood was in its prime, the single-storey mid-century house may look relatively unassuming on the outside, but its interior is a clinic in tasteful modernisation.

Most walls are painted a stark white and juxtaposed by earthy tones found on the blonde travertine tiles that line the abode.

Vaulted ceilings and large panes of glass bath the spaces in abundant natural light and contribute to the home’s overarching airy quality.

Boasting four bedrooms, five bathrooms and nearly 600-square-metres of interior living space, the residence is also eminently spacious, with additional benefits including a media room/library, sizeable office and two gigantic walk-in robes that we’re sure Tyler will make the most of.

Other features of the home include an arresting alfresco dining area, infinity-style pool and spa, home gym and an outdoor fireplace.

Regardless of its tastefulness, the purchase is a bold move by the hip-hop star, though, as according to reports, Tyler is worth $22.2 million.

So essentially, he’s just spent roughly half of his entire net worth on this home. But, it’ll probably prove to be an insightful decision regardless, as luxury homes in California are going one way at the moment – up.