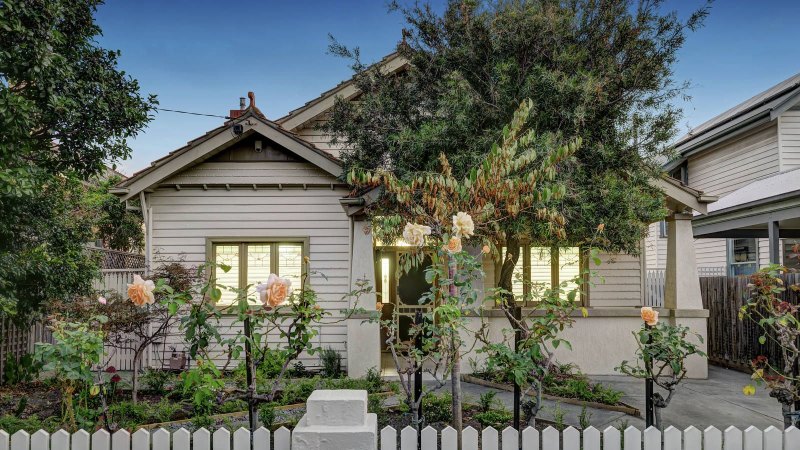 A neat-as-a-pin Brunswick home sold under the hammer for $2.156 million on Saturday, as buyers competed for the best quality properties despite rising interest rates and next weekend’s federal election.

The three-bedroom, renovated Californian bungalow at 114 Weston Street, close to Lygon Street, sold well above its $1.85 million to $2 million price range even though the auction opened with a vendor bid of $1.8 million.

Three bidders competed for the keys with a handful of $25,000 bids, which stalled when offers reached $1.9 million.

Abercromby’s Real Estate auctioneer Tim Derham checked in with the vendors before bidding started again with $10,000, $5000 and $1000 advances to take it to its sale price.

The buyers, a young local couple, were upsizing from another property and cried tears of joy after the sale.

“This was a competitive auction, but there were a smaller number of buyers during the campaign, and it just felt harder [to sell],” Curtain said. “That’s really the tale at the moment, serious buyers are coming out, but we’re just not getting the huge rush of lookers that we had last year.”

The auction was one of 1154 scheduled in Melbourne on Saturday. By evening, Domain Group recorded a preliminary clearance rate of 62.3 per cent from 853 reported results, while 93 auctions were withdrawn. Withdrawn auctions are counted as unsold properties when calculating the clearance rate.

In Brighton East, a first-home buying couple made big bids to buy an almost-original mid-century home at 123 Union Street, for $2.05 million.

The sale of the three-bedroom home, which had the same owner for 45 years, opened with a bid of $1.3 million and was called on the market at $1.55 million.

The buyers beat six other bidders for the property, part of an executors’ sale. They are now planning to renovate and bring it back to its former glory.

Marshall White Bayside director and auctioneer Stephen Smith said while the auction was the main attraction in the street, children in the neighbourhood also took advantage of the large crowd by selling cookies in the garage before auction.

Another long-held family home in Chadstone sold under the hammer, for $1.301 million, after three bidders competed.

The three-bedroom home at 27 Nioka Street had been in the same family since 1964, and was sold as part of a deceased estate.

Buxton Ashburton selling agent Tai Menahem said although it needed work, buyers were interested, as it was on one of the best streets in Chadstone because it backed onto Batesford Reserve and had city views.

“A young guy was the buyer, he had just sold a townhouse in Ashburton and was looking for another project,” Menahem said.

In the exclusive suburb of South Yarra, first-home buyers also snapped up a rare two-bedroom house which had been an investment property.

With a price guide of $1.3 million to $1.43 million, the home at 2 Powell Street sold under the hammer for $1.501 million after three bidders competed.

Marshall White Stonnington James McCormack wouldn’t comment on the sale price but did say it was a rare offering given its price and location.

He said buyers were still in the market making offers, though conditions had changed since last year.

“Buyers are certainly being a bit more selective and timely,” McCormack said. “I think they realise there’s still a good opportunity for people to get into the market and lock in their interest rates.”

Not too far away in Kooyong, a three-bedroom home at 67 Talbot Crescent was snapped up by a young professional buyer for $2.035 million, above the $1.981 million reserve, after they fell in love with its art deco exterior.

Kay & Burton senior sales consultant Monique Depierre said the auction kicked off with a vendor bid of $1.8 million, as a crowd of around 30 people watched.

“The bidding was slow to get going with tentative bids of $1000, but once it was called on the market at $1.981 million, it jumped in big leaps,” Depierre said. “The triumphant buyer was drawn to the home’s Art Deco brick façade and direct access to Kooyong Park.”

In Northcote, one of the biggest results of the weekend was a five-bedroom home at 11 Thames Street which sold under the hammer for $4.302 million, $502,000 above the reserve.

Jellis Craig Northcote director and auctioneer Sam Rigopoulos said bidding kicked off at $3.6 million, with a flurry of $100,000 bids taking it to $4.1 million before advances slowed.

Four prospective buyers competed but, ultimately, it was an expatriate couple returning from the UK who won.

“Even though there’s been a lot of chatter about interest rate rises, it doesn’t take away from the fact that there’s a large body of people who have been looking to buy for a really long time,” Rigopoulos said. “Money is still cheap, and they still need to find a house.”

Rigopoulos said less supply and more demand, especially at the top end of the market, was still seeing properties sell under competition.

“I must admit I’m a little surprised and pleased to see that resilience is still there in the market,” he said. 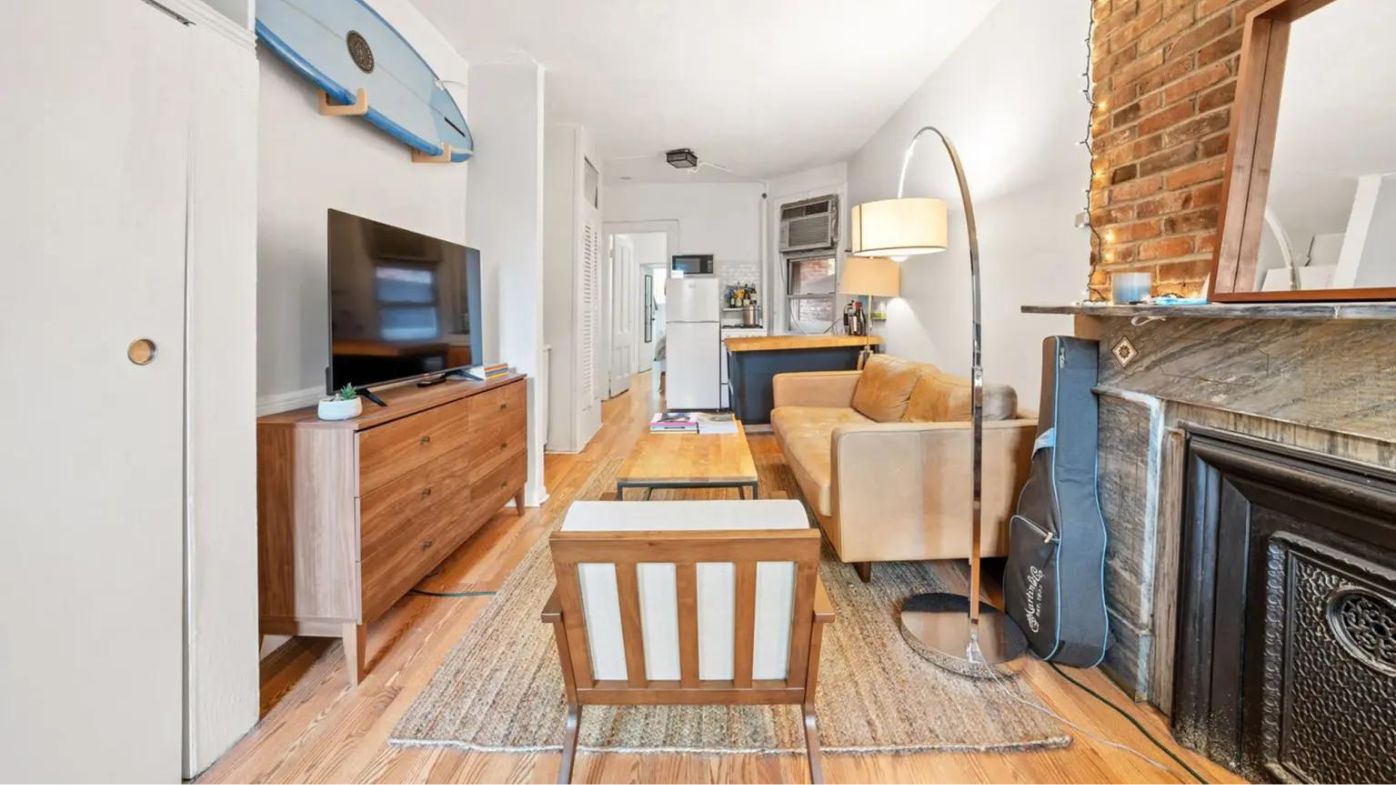 $2.1 million apartment listed for sale with one bizarre feature 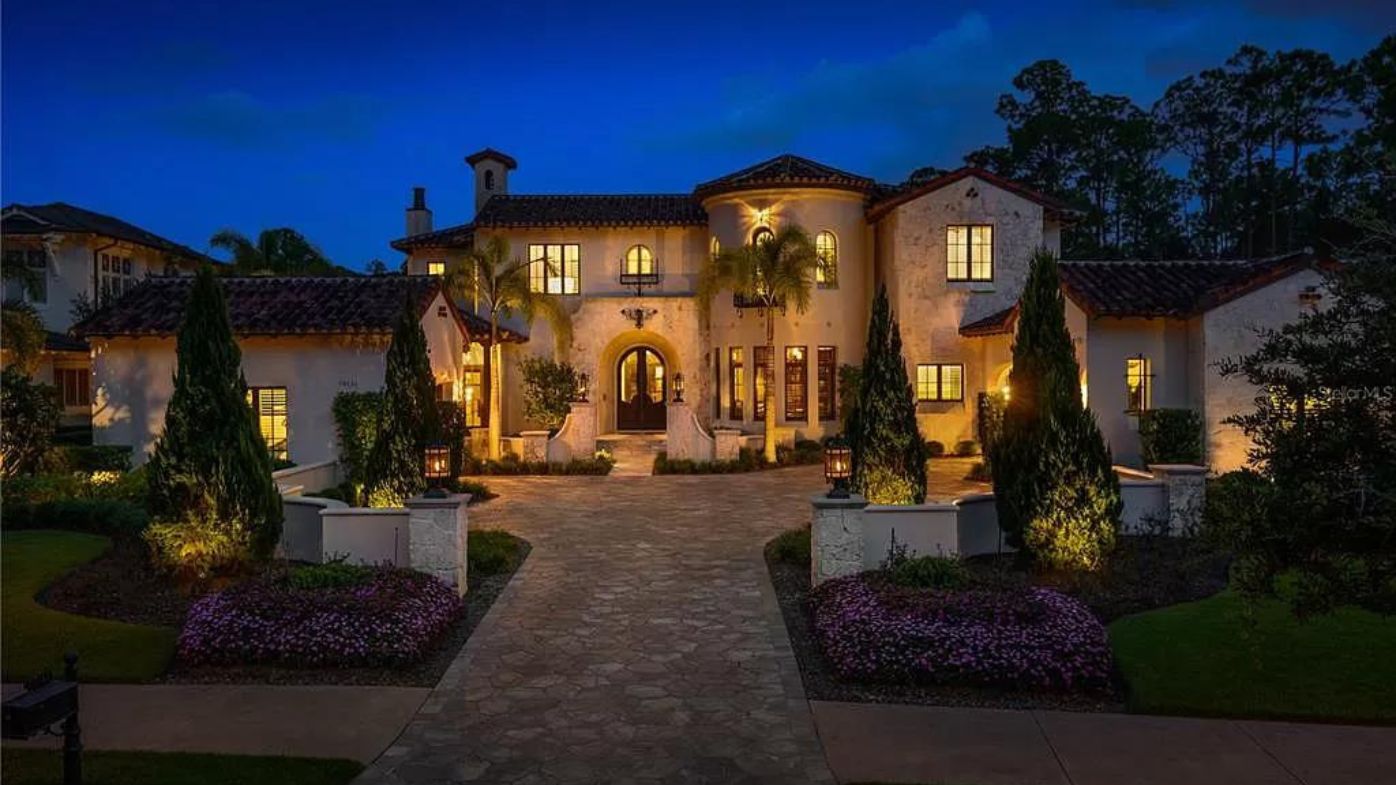 This Florida mansion has the ultimate tribute to Star Wars