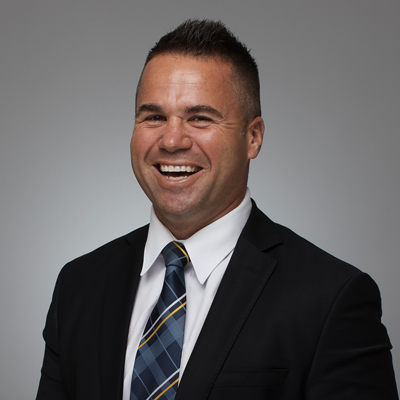 Canberra born and raised, Michael's solidarity to the local community is unwavering, as is his love of helping people.

Opened in 2003, his locally owned and family run agency - Blackshaw Gungahlin - has forged a reputation across the northern Canberra suburbs for expertise, quality and exceptional customer service where you'll often hear clients and staff say that they're treated like family. And since 2015, the agency has raised $136,000 for local children's charity, the Stella Bella Little Stars Foundation - a Canberra-based organisation helping chronically-ill babies, children and their families.

Always aiming to show generosity - whether by giving back, or with his time and advice - Michael strives to do what's best for his clients and their future, from buyers and sellers, through to landlords and tenants. Without question, with Michael you get a highly skilled, utterly professional and genuine agent that ensures his clients and the local community are better off as a result of his efforts.

Exemplary passion and knowledge of the local real estate industry, coupled with his trustworthy, honest and open-minded approach is the fuel for Michael's unmatched service levels, extraordinary sales results and countless loyal clients who now solely rely on Michael for their property requirements.

His extensive and close network of friends within the ACT community are the result of having lived on the Northside of Canberra his entire life, going to local schools, including Radford College and the University of Canberra, five years spent as a finance broker, and an active upbringing playing many sports, including over 20 years of rugby league with West Belconnen and a season with the Canberra Raiders Reserve Grade.

When he's not taking care of his clients, Michael makes time to enjoy golf, cricket and oztag, maintains strong ties with family and friends, and loves spending quality time with his wife Rebecca, son Cooper, and daughter Eve. He balances his busy work schedule with a continued involvement in sports, including coaching his son Cooper's rugby league team, as well as watching his daughter Eve play teeball and oztag.

Michael's mantra is a winner: "We only benefit when our clients benefit. Make sure you help people and exceed their expectations".