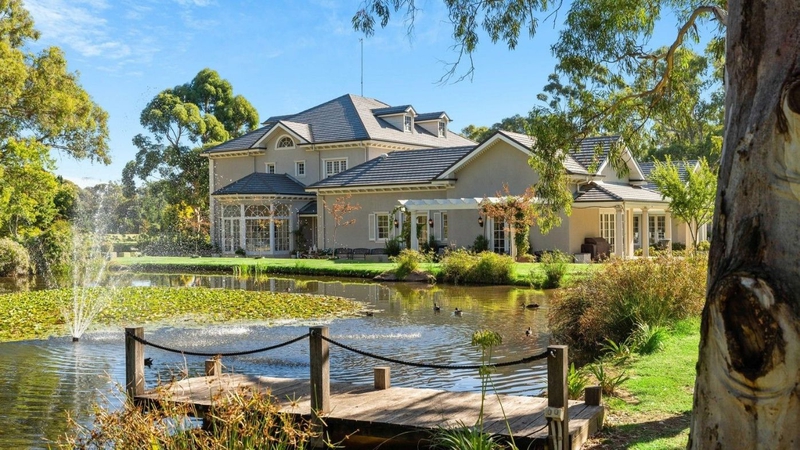 With more than 3000 properties currently listed for sale in Adelaide, and with the highest clearance rates in the country, it’s fair to say the City of Churches’ real estate market is booming.

Even a quick peruse of the classifieds also showcases which way prices are headed in South Australia’s capital – up.

According to Domain’s latest data, the median house price in Adelaide rose by 27.5 per cent last year, with the average abode setting buyers back north of $731,000.

But, notwithstanding the staggering price surge the metropolis has witnessed of late, there are seldom homes in ‘Radelaide’ that tip over the eight-figure mark.

In fact, Domain’s data shows that the most expensive home sold in Adelaide last year was just $6.08 million.

That may still sound like a lot, but when you consider Melbourne’s most expensive property sold in 2021, 47 Lansell Road in Toorak, changed hands for $43.1 million, and Sydney’s priciest property sold was a penthouse in ANZ Tower that went for $60 million … Adelaide has some catching up to do.

So, when you see the eye-watering $12 million asking price of 488-500 Yatala Vale Road in the northeastern suburb of Yatala Vale, you know it’s going to be something special.

And, if anything, ‘special’ is underselling just how awe-inspiring this one-of-a-kind estate is.

Spread over 26,000-square-metres of pristinely manicured grounds, ‘Yathalia’, as it’s called, is a staggering six-bedroom, six-bathroom mansion like no other in the region.

Boasting a design language that blends Romanesque and French Provincial design cues, the two-story dwelling presents as a positively palatial offering, and provides occupants with a scarcely believable 2271-square-metres of internal living space.

It’s also been crafted with exacting detail and myriad luxuries commensurate with an asking price roughly four times that of the average Australian’s lifetime earning potential.

Some of the opulent benefits worth mentioning include a professional kitchen with butler’s pantry, music studio, billiards room, games room, library, arts and crafts room, theatre room, gym and garage parking for three … and that’s just on the ground floor.

Upstairs, several bedrooms can be found, including the master suite, which appears to have similar proportions to that of a studio apartment.

The rest of the bedrooms even score their own unique names, with monikers like the steel, pewter and silver suite further enhancing the feeling of grandeur.

Admittedly, Yathalia is let down ever so slightly by appearing not to have a pool.

However, it does make up for it by having a sizable lake so prepossessing we’re half expecting Mr Darcy to miraculously rise from its serene waters.

The property also comes with a whopping hangar, which selling agency Giordano & Partners reckon can fit an additional 22 cars (talk about petrolhead heaven).

So, while it may be Adelaide’s most expensive home on sale today, considering what’s on offer, 488-500 Yatala Vale Road may even be a bit of a bargain – imagine what it would be worth if it were located in Sydney or Melbourne.

Fraser home sells for second-highest price for the suburb