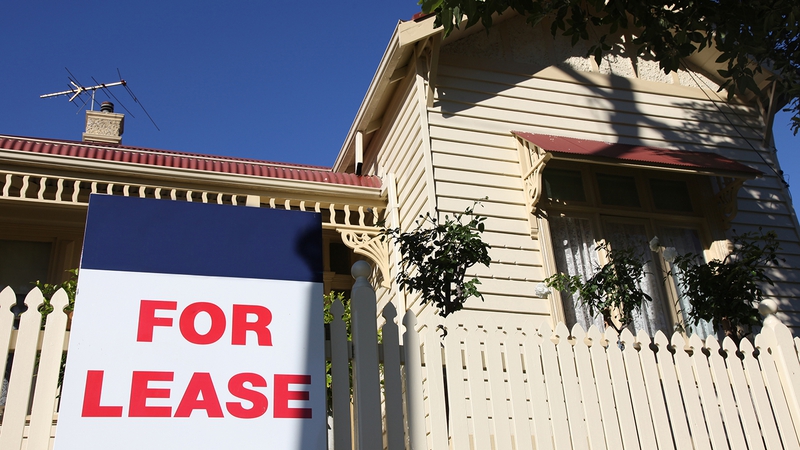 The nation's rental market has witnessed its first vacancy rate rise in a year, increasing to 1.7 per cent for the December 2021 period.
James Robinson Jan 7, 2022
facebook
twitter
whatsapp
pinterest

The nation’s rental market has witnessed its first vacancy rate rise in a year, increasing to 1.7 per cent for the December 2021 period.

According to Domain’s latest vacancy rate report, every single capital city, with the exception of Hobart and Adelaide, saw an increased vacancy rate of at least 0.1 per cent, with the national vacancy rate rising by 0.2 per cent from November 2021.

Australia’s two most populous cities felt the worst of the monthly shift, with Sydney seeing a 0.3 per cent increase to 2.6 per cent, and Melbourne, the vacancy rate capital of the country, increasing by 0.2 per cent to 3.2 per cent overall.

It’s particularly bad news for Sydney, where vacancy rates increased for the second month in a row.

It’s also a blow for Melbourne’s ailing rental scene, which had been on a veritable hot streak.

However, the news isn’t all bad. 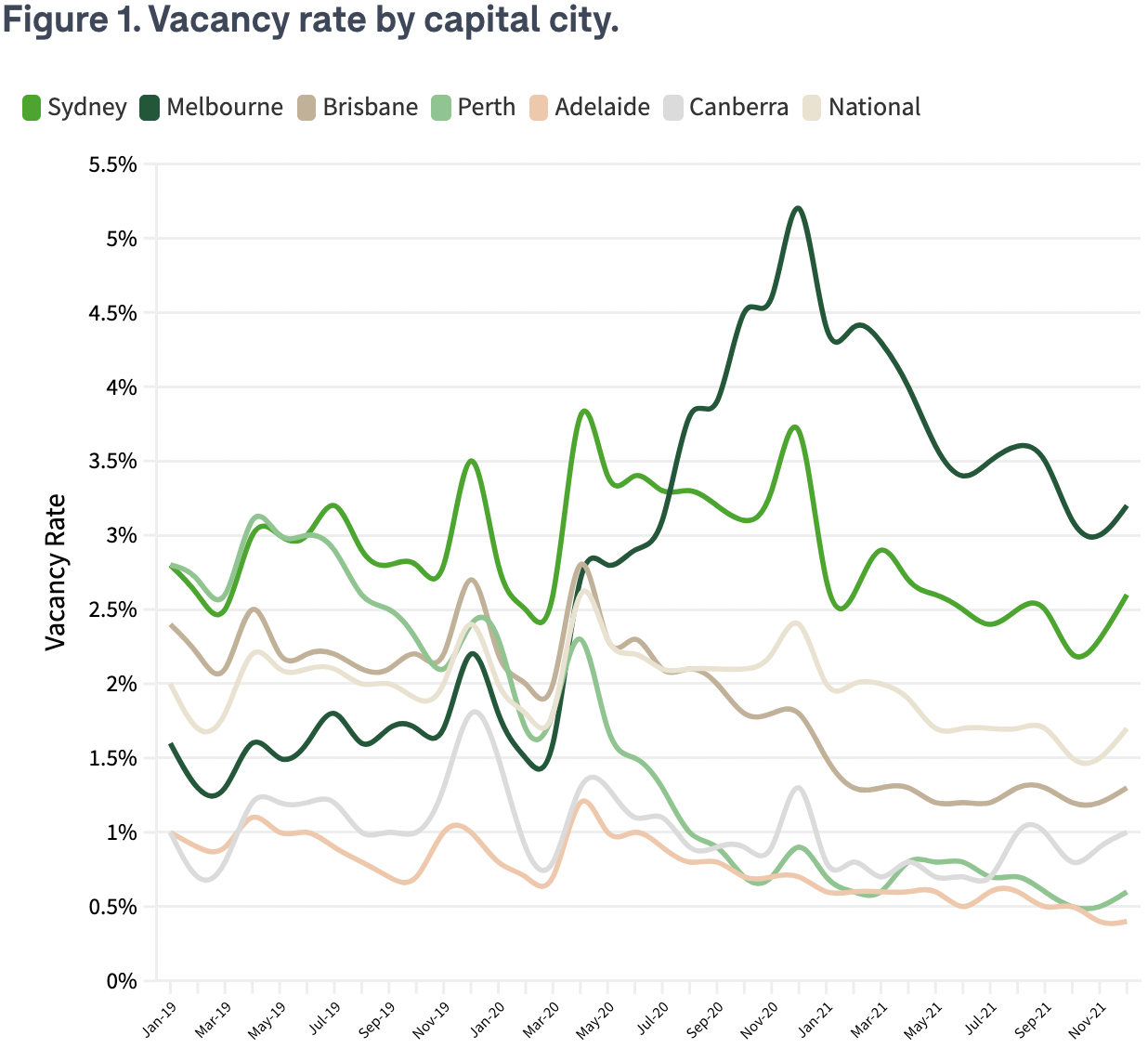 Compared to December 2020, this most recent national vacancy rate, despite the increase, is still 0.7 per cent lower than it was the year before.

This represents a 31 per cent reduction in the total amount of vacant rentals nationally and proves that the seemingly tenuous rental market is bouncing back after being hit hard in the first year of the coronavirus pandemic. 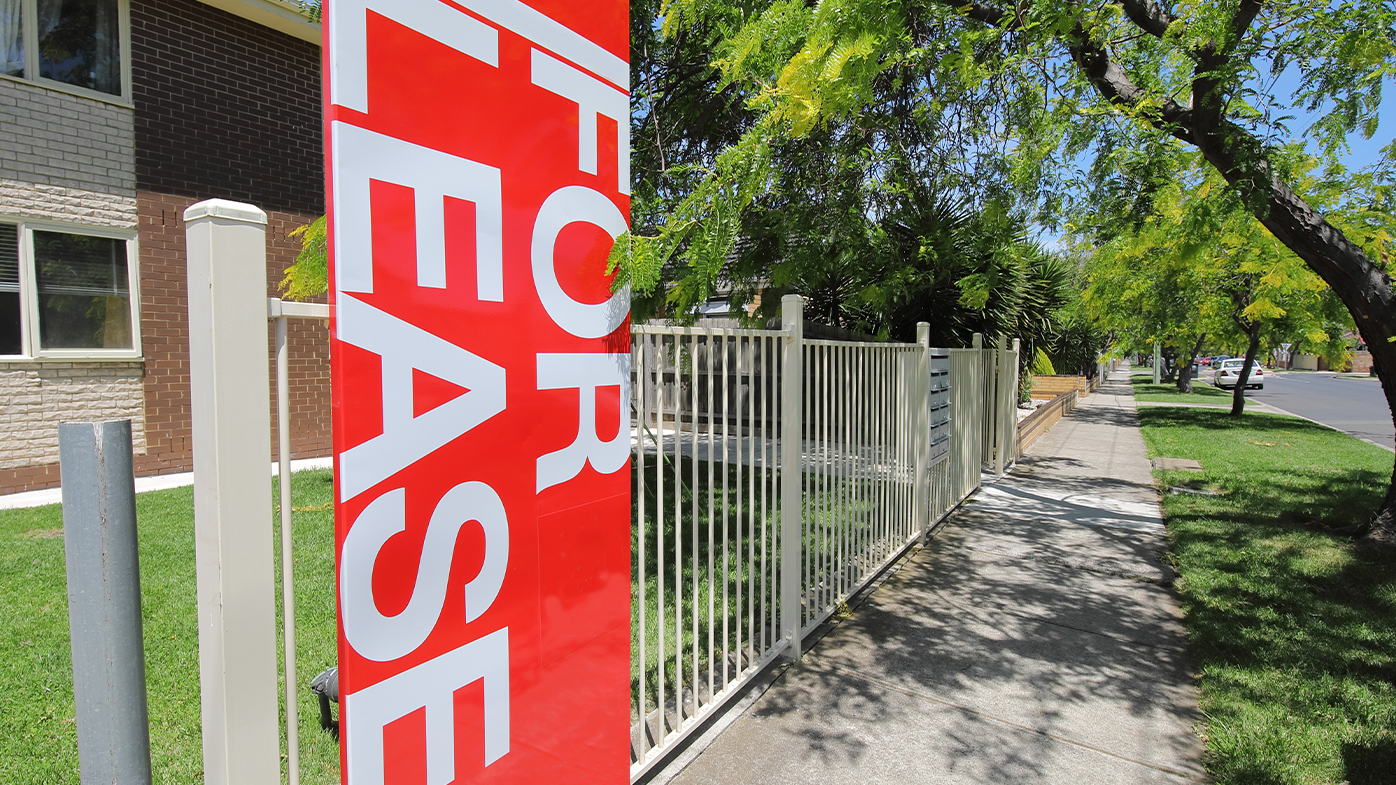 Another factor that needs to be taken into account and always impacts vacancy rates in the final month of every year is the December lease changeover period, which increases rental supply.

Domain predicts that January 2022 will see a shift back to a decreasing vacancy rate, as historically, rental demand in the new year reduces the number of available listings.

‘It is what it is’: Will the Omicron virus affect Canberra's real estate market?