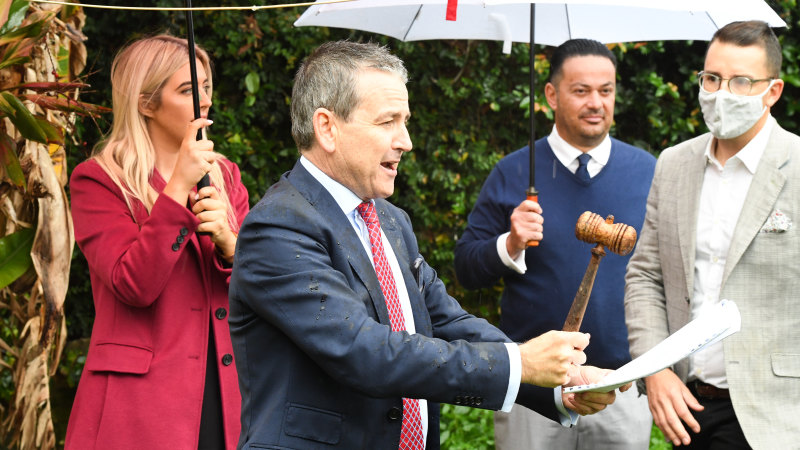 Property sellers who sold at a profit made paper gains of $270,000 on average last winter, as housing prices soared in spite of lockdown, new figures show.

Of the homes that sold during the September quarter last year, 92.4 per cent changed hands for a paper gain, up from 91.9 per cent in the June quarter, CoreLogic’s latest Pain and Gain Report found.

Housing prices have been rising as locked-down remote workers took advantage of ultra-low interest rates to upgrade their accommodation or get into the market for the first time. There were fewer homes than usual for sale as some vendors opted to wait until restrictions eased, and the scarce supply also buoyed prices.

“The increase in the rate of profit-making sales is a reflection of strong capital growth across Australian dwelling markets despite COVID-induced disruptions to transaction activity,” CoreLogic head of research Eliza Owen said.

“The three months to September was the fifth consecutive quarter in which the rate of profit-making sales across Australia increased.”

The Pain and Gain Report covered about 99,000 sales in the quarter, 7000 fewer than in the June quarter due to social distancing restrictions.

Homeowners were more likely to sell at a profit than at any other time in the past decade, the report found, although their result depended on location and type of property.

Sellers were most likely to make a profit in Bendigo, where 99.8 per cent of sales changed hands for a gain as city dwellers made a tree-change or a sea-change in droves.

Houses were more likely to make a profit than units, at 95 per cent and 86.5 per cent respectively.

Owner-occupiers had a better chance of making a profit than investors, at 95.5 per cent compared to 89.7 per cent respectively.

Sellers who had been able to hold onto their properties for a longer period of time were more likely to maximise their gains.

For profit-making house sales, the sellers owned them for a median 9.2 years, and 8.1 years for units sold at a profit.

Those who copped a loss owned their houses for 9 years on average and their units for 7.8 years. The difference appears modest but is influenced by the performance of boom-and-bust resources markets where, for example, the regional WA unit market was in a downturn from 2012 to 2020 as the mining boom turned bust.

In an overall buoyant Australian housing market, the median return for those who sold properties within two years was $120,000, increasing to $233,000 for sellers who held for eight to 10 years. Those who had owned their home for 30 years or more made a median $745,218 gain.

This year the share of profit-making resales is likely to rise after home values lifted late in 2021, CoreLogic said.

But the research house warned of looming headwinds for the property market, such as rising interest rates, an increase in supply of homes for sale, affordability constraints and a possible regulatory clampdown on home lending.

Seven must-see luxury homes on the market across the country

The Aussie capital city where you can buy a unit by the beach for less than $350,000