Nicole Kidman has followed age-old investment advice to always buy what you know, snapping up a fifth apartment in Milsons Point’s Latitude building.

John Pagden, of his eponymous agency, declined to comment on the star’s plans for the apartment but it comes a year after her same investment company bought a two-bedroom pad in the same building for $2.78 million. That property is leased for $1250 a week.

While Kidman hasn’t owned property in her own name since 1993 – when she gave a one-bedroom apartment she bought in Mosman for $81,000 to her younger sister, Antonia – she owns property in a range of company names, of which the latest is fronted by one of her oldest friends Annette Rechner.

Kidman and husband Keith Urban’s Sydney home is a consolidation of two penthouses atop Latitude, the first bought in 2009 for $6 million from Mark Bouris and its neighbour in 2012 for $7 million.

Another apartment in the building was added to her portfolio in 2011 for $2.68 million, with suggestions locally it is used as a private gym.

Meanwhile, at the other end of the investor market, billionaire hard rocker and pilot David Lowy has put his Vaucluse waterfront residence up for $30,000-a-week rent.

The son of Westfield co-founder Sir Frank Lowy has been living in New York with psychotherapist wife Dr Margo Lowy in recent years, leaving his Sydney pile all but redundant.

The couple bought the waterfront property in 1985 for about $2 million, commissioning a pavilion-style residence with gym, pool and music studio – as befits a one-time member of The Angels rock band.

The property was first on offer for lease soon after international borders were closed because of COVID-19, at the time for $20,000 a week.

Inflation in the two years since has seen the rent rise by $10,000 a week.

The modernist Clontarf trophy home Portovenere set a suburb high when it last sold in 2016 for $11 million. You’ll need to dig a little deeper this time around, given hopes of $35 million to $38 million from Madina Tao and Mongkol Phara, of Cambodia’s ruling families.

The landmark house dates back to 1961 when it was built for the late arts patron and Transfield co-founder Franco Belgiorno-Nettis and his wife Amina, and sold a year after her death in 2015.

Black Diamondz agent Monika Tu said the guide was based on a lavish makeover of recent years that involved gutting the original house and refitting the interiors with opulent Fendi, Versace and Cavalli finishes, and a floorplan that includes seven bedrooms, a day spa, home theatre, gymnasium, cellar and cheese room.

The beachfront residence with a pool and half basketball court returns to the market given the family’s plans to return to live in Europe.

Six years later and she has paid almost as much for an apartment in Darling Point, albeit one recently redesigned with Burley Katon Halliday interiors.

Settlement (with no mortgage) revealed the $16.2 million sale figure to Jan’s corporate interests after the property was listed by Highland Property’s William Manning, originally with $18 million hopes.

It was no doubt a well-timed deal for property developer Robert Pagliuso and his wife Leify, given they bought it a year ago for $11.15 million from former Qantas boss Geoff Dixon and his wife Dawn.

Also for sale is Jan’s penthouse atop the Hordern Towers in the CBD for more than $7 million through Tu’s Black Diamondz. 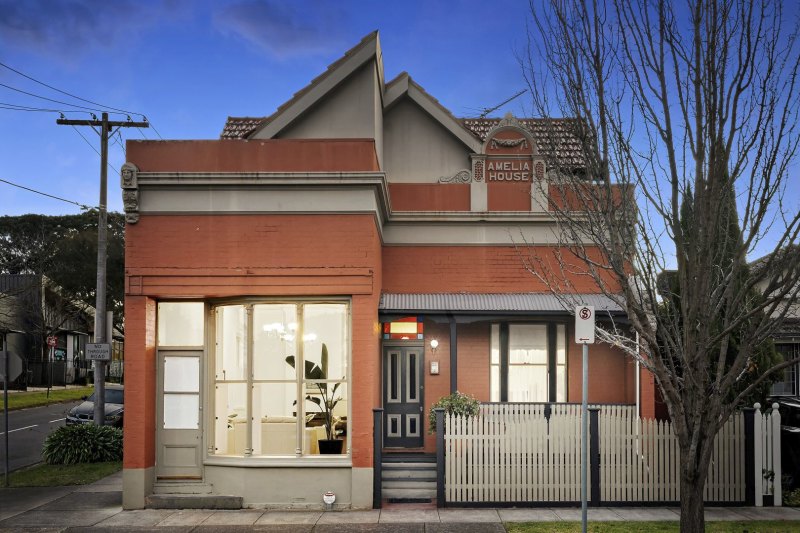 Buyer snaps up Ormond home she admired for decades for $1.81 million at auction