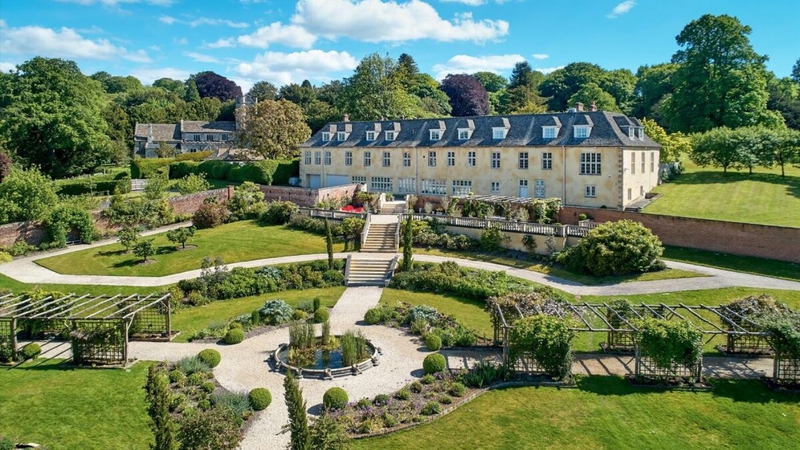 Robbie Williams may be losing all his hair, but at least it’s not because he can’t sell his opulent UK estate.

The balding 47-year-old musical icon made headlines in September of 2021 when he listed his bucolic English manor for an eye-watering $12.7 million.

Now, less than five months later, it seems the “Angels” singer may have already found a buyer for the stately homestead… and we’re not surprised.

Set in the verdant countryside of Compton Bassett, a sleepy village roughly 170 kilometres from London’s bustling CBD, Williams’ aristocratic mansion is quite something to behold.

Set over 28.3 hectares of gorgeous manicured grounds and open evergreen fields, Compton Bassett House is a seven-bedroom, eight-bathroom leviathan of a home, featuring more than 1800-square-metres of living space.

The charming residence boasts just about everything you’d expect of a house owned by someone worth an estimated $410 million.

Aside from all the usual things like a chef’s kitchen, vaulted ceilings, chandeliers and luxury fixtures everywhere, there’s also a so-called “leisure complex”, which occupies the entire lower floor of the house and encompasses a gym, sauna, steam room and a whopping 22-metre-long pool and spa.

But, these benefits are just the tip of a particularly lavish iceberg.

And, if all that wasn’t crazy enough, it also benefits from a helipad and a separate hanger to house Mr Williams’ helicopter, because obviously, why drive when you can fly?

Compton Bassett House is also properly historic, with parts of the structure dating all the way back to 1659.

While the $12.7 million sale is undeniably substantial, it represents a sizable loss for Williams, who bought the property back in 2008 for roughly $2 million more than he’s selling it for.

Still, 12.7 big ones is a lot of money in anyone’s book. It might even be enough to cure Williams’ hair loss.

Novak Djokovic is heading home. Question is, which home to choose?

On the rocks: Point Piper mansion on 'the best street in Australia' stuns with world-class views