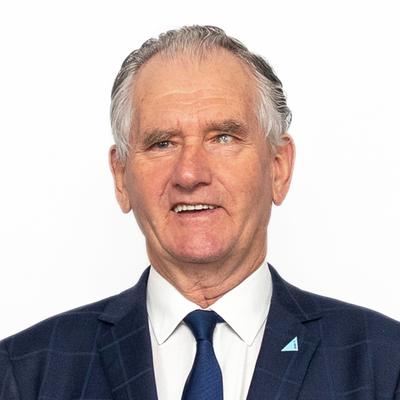 Robert Potts started his real estate career with Independent in 1984 & quickly became one of the most successful salespeople within the company. Robert has built a broad base of knowledge & experience right across the Canberra property market.

Roberts quick success was recognized in 1985 when he was chosen to manage & lead the Civic office, which, thanks to his knowledge & efforts, quickly became the highest performing real estate office in the Canberra region.

He started his career as branch manager in Woden, then the Civic office, the Belconnen office and finally the Gungahlin office. Thanks to working in all those offices, he acquired a general knowledge of most suburbs in the ACT.

In 2003, Robert became the branch manager of the newly opened Gungahlin Town Centre office, where he once again led the most successful sales office within Independent. Roberts dedication to achieving the best outcome for his clients, while making the process as smooth as possible, has created an outstanding reputation in Canberra.

Robert has now stepped down from management in order to concentrate his efforts on giving the best service to his many new & existing clients needs; whether they are buying or selling. Still learning & training, Roberts knowledge for selling large-scale residential developments & established properties is evidenced by his ever-growing database of referral clients.

Providing impressive customer service, with results to match, he has sold over 3,000 properties over his long & successful career with an estimated value of $1.2billion.

For clients who have dealt with Robert, or everyone who knows him, it is not surprising that Robert has earned the following accolades over his prosperous career:

Robert is the most knowledgeable real estate agent in Canberra. If anyone can sell your property it is him.

tough sale but got it done
Seller recommendation, Belconnen64 weeks ago

Rob sold my apartment in the middle of covid, with all the restrictions and every complication added on to his plate. He was transparent, kept me up to date and

Robert is the most experienced residential real estate agent in Canberra. His knowledge is second to none and customer service is without peer. Everything Robert

We enlisted Robert to sell our house after we bought through him 7 years ago. Robert was open and honest throughout our sale process, always available to discuss

Robert Poots is a very good seals person. Deals very well with the clients. Very happy with his work.