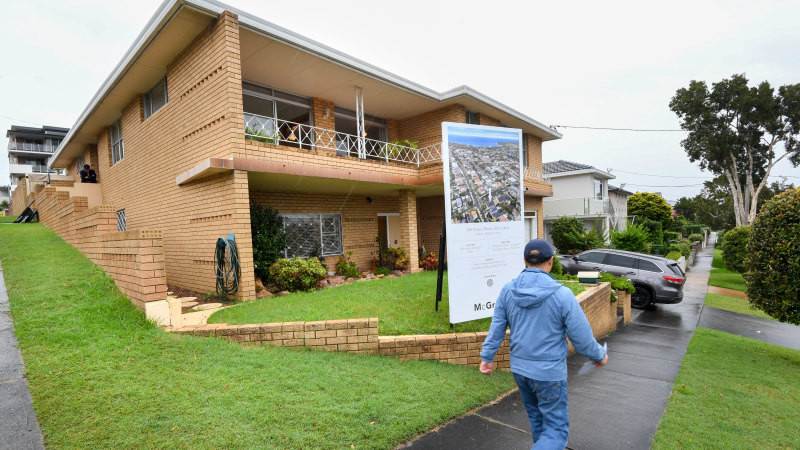 It was the first time the home hit the market since it was built by the owner, a master builder, in 1968.
Tawar Razaghi Apr 30, 2022
facebook
twitter
whatsapp
pinterest

A house in Maroubra sold for $3,709,000 on Saturday but only after it passed in at auction because the buyer was concerned about overpaying.

The five-bedroom property at 183 Boyce Road was on the market for the first time since it was built in 1968 and attracted a crowd of about two dozen, but only two groups registered as buyers.

It was one of 787 homes scheduled to go under the hammer in Sydney on Saturday. By evening, Domain Group recorded a preliminary clearance rate of 62.4 per cent from 495 reported results, while 134 auctions were withdrawn. Withdrawn auctions are counted as unsold properties when calculating the clearance rate.

It eventually sold in post-auction negotiations later in the morning for $3,709,000. The reserve was adjusted from $3.9 million to $3.7 million.

Buyer Grace Wen said her family had been looking to upgrade from their house in Allawah since the pandemic started.

“We tried to find different houses since COVID started, but we didn’t have the chance because of all the lockdowns. This was the first time we could look since Christmas,” Wen said.

Wen and her partner, both 40-year-old teachers, were more worried about overpaying because of a potential deposit shortfall than higher repayments from looming interest rate hikes, after hearing stories from friends who had bank valuations come in beneath their purchase prices.

“If the interest rate goes back up, we should be OK … we were more worried about the 20 per cent deposit. Some of the houses in Maroubra and Kensington, their valuations were not as high as what people paid for them,” she said.

“For example, [a friend] bought a house for $4.6 million in Kensington, but her valuation only came up as $4.2 million. That was something that really scared us.”

Wen said investment properties they bought more than a decade ago had helped them upsize to this home, which they plan to renovate.

McGrath Maroubra’s Simon Nolan said realistic vendors will still be able to sell in this market.

“Shoot for the stars, but just be prepared for any feedback and adjust accordingly. It seems like a stable market … neither hot nor cold,” he said.

Four buyers registered to bid on the two-bedroom former workers’ cottage and the auction started at $950,000, just shy of the $1 million guide.

Selling agent Angus Gorrie of Ray White Eastern Beaches said while the bidders were reserved to start, the sale of the deceased estate was done and dusted within 10 minutes.

“Definitely buyers are a little bit more conservative, but it’s still market value,” he said, adding that it was an entry-point house for the eastern suburbs.

Eight buyers registered to bid on the art deco property and bidding was quick to start at $1.3 million.

The price rose quickly and half of the buyers made offers on the property, which was guided between $1.35 million and $1.45 million.

Belle Property Neutral Bay’s Helen Wilson said it was a stand-out result for a unit because its proportions were more akin to a semi-detached house.

“It definitely wasn’t a normal auction. A lot of places are selling prior,” she said.

In Baulkham Hills, first-home buyers from Parramatta bought a four-bedroom house at 6 Antill Crescent for $1,931,000.

Half made offers, starting at $1.7 million, and the auction took 45 bids to finish.

“The last two weeks in particular I’ve had some truly great sales off the back of some extremely reasonable reserves. Where there’s common sense, deals follow,” said Stu Benson of Benson Auctions.

The property sold through Jason Li and Lisa Van at Murdoch Lee Estate Agents in Castle Hill and Cherrybrook.

Melbourne Square: The development bringing buyers back to the CBD

What home owners should do while interest rates are still low

Business is hitting the 'burbs as office deals increase 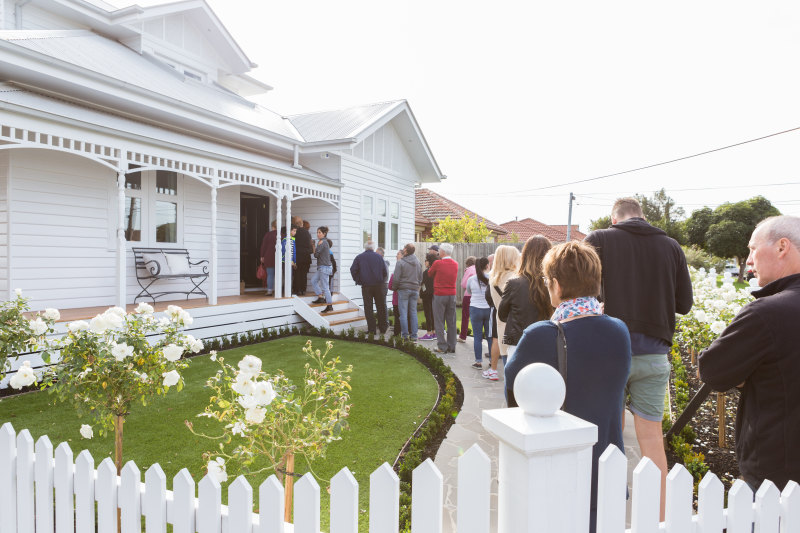