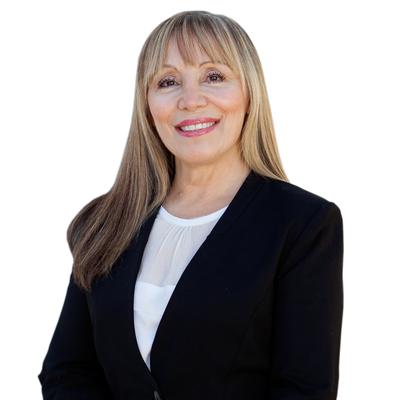 Maria is energetic and passionate about real estate and her reputation for integrity and fair dealing is second to none.

With eight years in the real estate industry Maria wanted to do it her way and, in early 2009, set out to build an award-winning agency under her own banner with a total focus on customer service and giving her clients value for money.

Before establishing Maria Selleck Properties, Maria had received multiple achievement awards in the local and national real estate industry and has earned her reputation as one of Canberra’s leading professional agents achieving great sales for clients. Maria also received the prestigious Real Estate Institute ACT Small Agency Award in 2009, 2010, 2011, 2012, 2015 and then again in 2016, and represented the ACT in the Real Estate Institute of Australia National Awards for 2010, 2011, 2012, 2013, 2016, and will again in 2017. Maria was also awarded by REIACT and The Canberra Times the Small Agency Marketing Award in 2010 and again in 2011, and in 2010 was awarded the Best New Business award from the Chamber of Women in Business, and the Highest Value Agent award from the RER, an Australia wide real estate network.

Maria’s personal attributes of integrity, passion, tireless energy and genuine helpfulness have consistently given her the competitive edge. Maria always prides herself on exceeding her client’s expectations. As a big believer in always going the extra mile with every single property, Maria has been known to enhance homes with her own stunning works of art and beautiful furnishings and has even commissioned minor improvements. The results have been great outcomes and delighted clients.

In her relatively short career of seven years, she has achieved an unsurpassed 70+ record price sales and million dollar+ sales, with 96% of her listings being sold at or above the asking price. A crucial part of Maria’s reputation is built on her extremely high ethical standards - a quality that is cultivated throughout Maria Selleck Properties. Whilst getting the best possible result is high on her agenda, so is making sure that each and every client, seller and buyer, is treated with respect and integrity.

Clients have viewed her honest, straight forward and insightful approach as a breath of fresh air, which explains the inordinately high amount of repeat business and referrals. But when asked what it is that makes her so successful, Maria is adamant about one thing: real estate is not about houses, it is about people and relationships. It is this belief that drives her and her business and is what keeps her clients coming back.

Maria’s unique and diverse background has spanned continents, cultures and all socioeconomic levels. Her extensive life experience has equipped her with the emotional intelligence that allows her to intuitively understand each of her client’s needs and sensitivities and work with them accordingly. Her extensive managerial background in both private and public sectors in Australia, Europe, Asia and the Pacific and the broad range of skills and expertise which she has developed were readily transferable into her work in real estate. Her private sector experience includes periods working in the legal profession and residential construction industries. Maria’s public sector career includes periods working overseas in Australian diplomatic missions and in Canberra with the Australian Bureau of Statistics, Australian Institute of Health and Welfare, Austrade and the Australian National Audit Office. Maria also served for a period as President of the Foreign Service Families Association.

Maria moved to Canberra in l978, studied at the Canberra Institute of Technology and ANU and is married with two daughters.

Maria did a great job selling our family home. We felt supported and confident throughout the process. Highly recommend Marias service if your looking to sell in

Another successful sale with Maria’s help
recommendation, Belconnen2 weeks ago

After our first successful auction, Maria helped us scored an amazing result for our unit, again exceeding expectation. Maria’s professionalism, attention to

Maria was highly professional and courteous in all her dealings with me and the buyer. I was particularly pleased with her focus on selling my property, which led

Congratulations to Maria Selleck for an outstanding result in selling our property. We were undecided whether to sell or not and who to choose as an Agent. It was

Maria is recommended by a closed friend. She is highly professional, skillful in her marketing expertise, easy to approach and a hard working person. She is very